I was absolutely delighted to be nominated in the “Up and Coming Artist” category at the 2013 MG Alba Scots Trad Music Awards. This year’s Trad Awards turned into a 3-day event with the introduction of the first Trads Warm Up Tour which took place in Stereo, Glasgow on Thursday 5th December and then The Tunnels, Aberdeen on Friday 6th December. I was lucky enough to play at both Warm Up nights alongside some fabulous musicians and fellow nominees. Glasgow saw myself, Adam Sutherland, Composer of the Year nominee, Adam Holmes and The Embers, Up and Coming Artist nominee and Ross Ainslie, Album of the Year nominee. The terrible weather that day had affected audience numbers slightly but it was still a lovely night with great music. Hosted by Brian Mcalpine, one of the best traditional pianists in Scotland, I was rather nervous opening the night with a solo piano set. Threads of Sound were filming and recording the event which added to the pressure. I enjoyed playing though and I’m looking forward to seeing the footage.

Friday’s Warm Up gig in Aberdeen was a great night with a lovely audience.  There was a slightly different line-up of The Scott Wood Trio, Up and Coming Artist nominee, instead of Adam Sutherland. I was actually much more relaxed playing for this concert which was hosted by Bruce MacGregor. It was held in The Tunnels and in the next gig room there was a heavy metal band playing. This proved a challenge for my delicate solo piano piece which I wrote for my friends wedding last year “Sarah and Conor’s” – I got through it by making a joke out of it, hopefully it was ok! The night was filled with fantastic music from all the nominees.

Then the main event itself, the 2013 MG Alba Scots Trad Music Awards, took place on Saturday 7th December in the Music Hall in Aberdeen. What a fantastic venue for this ever growing event. I was sat at a table with lovely friends, musicians and fellow nominees which made the night fantastic. There were performances from many brilliant musicians amongst speeches and awards giving. The Up and Coming Artist prize went to Robert Robertson, a big well done to him and also to Adam Holmes and The Embers and The Scott Wood Trio for their nominations. A massive congratulations to all winners and nominees at the this year’s awards. I’d like to say an enormous thank you to everyone who has supported me and voted for me, it is much appreciated.

This event is crucial in helping to promote Scots trad music and get it into the media spotlight, where it deserves to be. We should all continue to support Hands Up For Trad and give a big thumbs up to Simon Thoumire and everyone else who is involved in making all this happen each year.

Here’s to another year of fantastic music making for 2014! 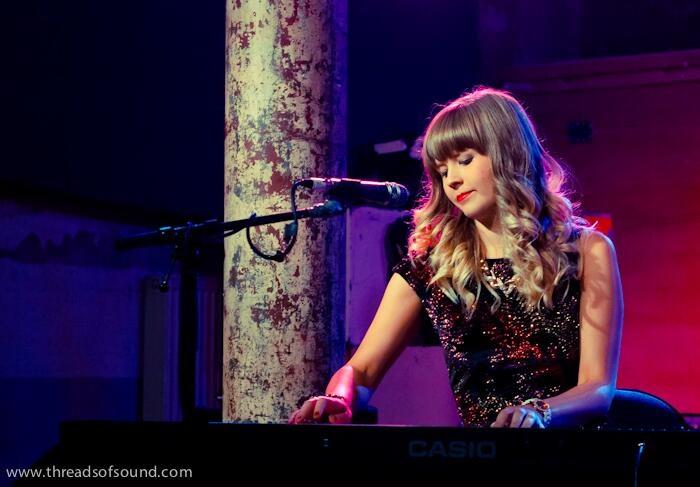