And so we have finally come to the end of another fantastic Celtic Connections in Glasgow. What a busy it one has been this year. Myself and Gráinne have been busy across the festival. We played in the Jury’s Inn during the first week for the delegates, at the Late Night Sessions in the Piping Centre on the middle Sunday, at the Lismore Live Folk Gig on the last Wednesday and at the Danny Kyle Open Stage on the last Thursday. We had a great time playing and would like to once again give a big thanks to Eamonn Nugent for joining us on the bodhrán. On top of all this we have still been running our weekly folk session in the Lismore Bar on Tuesdays as well as an extra Celtic Connections session on Friday afternoons. This turned out to be a popular time for a session and so it is set to carry on every other Friday now that the festival is over which is fantastic.

I’ve had an amazing time at the festival playing with Gráinne and Eamonn, playing tunes in the sessions, watching some amazing gigs (Treacherous Orchestra, The Olllam, Session A9, Lunasa, RURA, Salsa Celtica, Chris Stout and Finlay MacDonald’s “The Cauld Wind Blaws Big”, Neil Yates and Mike McGoldrick’s “Undivided”, Mairearad and Anna, Flook, The Young Trad Final) and of course playing in the festival club too. I plan to get a lot more sleep in February..

Here’s a picture of Gráinne, Eamonn and myself during our set at the Late Night Sessions when I was doing a bit of Irish step dance. 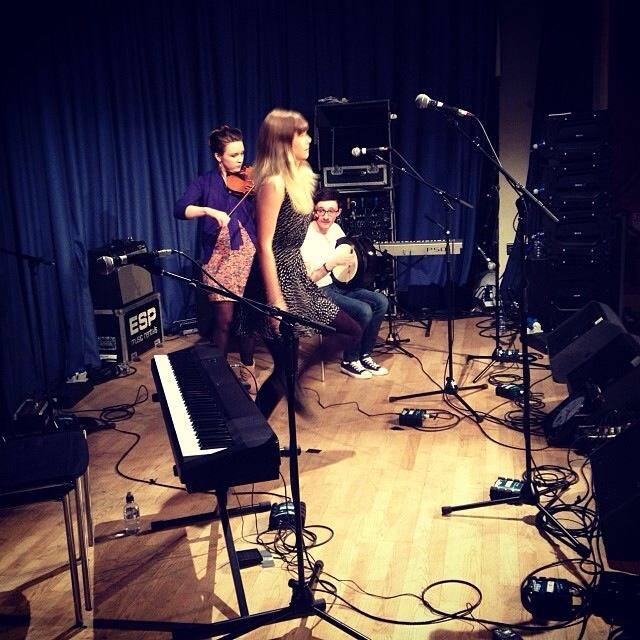