This weekend I travelled down to Manchester to play at the Cheshire Championships of Irish Music & Dance. 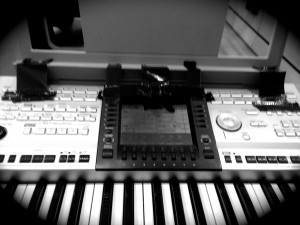 This was the second Cheshire Championships run by Michelle O’Leary. I grew up dancing at competitions across the north west of England to Michelle and her accordion and so it was very nice to get asked to play at her féis last year and again this year.

Both years the weather has been beautiful. So much so this year that they moved the presentations of the championships outside into the sun! This worked out great as it meant that the competitions were actually running early – a welcome change from most féiseanna.

I played from 9am until 6.30pm in the championship hall which held all championships from Under 8s to Seniors. The prizes were rather spectacular – some of the cups were bigger than the dancers! The medals and sashes had a picture of a cat on them – a cheshire cat for the Cheshire Championships.

Unfortunately I didn’t get a chance to have a look in on the music competitions but it is great to see a féis including a music competition. Coming from a background of both dance and music myself I do feel strongly that the two go hand in hand it would be nice to see even more dancers taking an interest in the music and vice versa.

I had a slight keyboard stand malfunction in the morning – with the weight of my set dance folder the stand kept jumping off the keyboard! Thanks to the dancer who kindly lent me some duct tape so that I could tape it together!

That’s all for now!